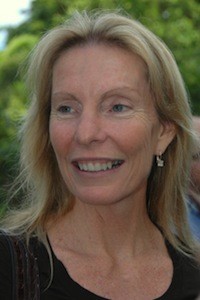 Reneé Grant, founder of Runner’s Depot, is well known on the South Florida Running scene. She is an accomplished local runner, completing several marathons including the Boston Marathon five times.

Reneé is an active member of the local area running clubs and is president of the Gold Coast Runners.

In 2002, Reneé was recognized by the Sun-Sentinel as the top club president in South Florida and in 2004 the Gold Coast Runners was recognized as the best running club.

Mike is a 55 year-old native of South Florida. He has been married for 25 years to his wife Cathy, who also works at Runner’s Depot. They have 2 sons, Zack and Brandon. Mike has 20 years of retail experience and has been with Runner’s Depot since October, 2012. He currently works at the Davie store. Mike is a very well known and a respected baseball coach and instructor. He enjoys running, fishing and living an overall healthy lifestyle. 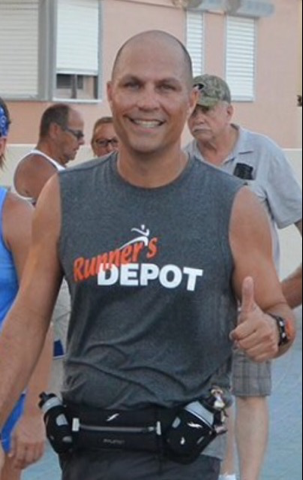 Marcus is the store Manager at the Ft Lauderdale store location. He is originally from South Louisiana. This Ragin Cajun has been a resident of Hollywood, FL since 2003. While he ran track in high school, he did not start running half marathons and marathons until he joined Team in Training in 2008. Since then, he has run 10 marathons and more than 50 half marathons. His love for running is often combined with his love for traveling. He has great running experience and is very knowledgeable. 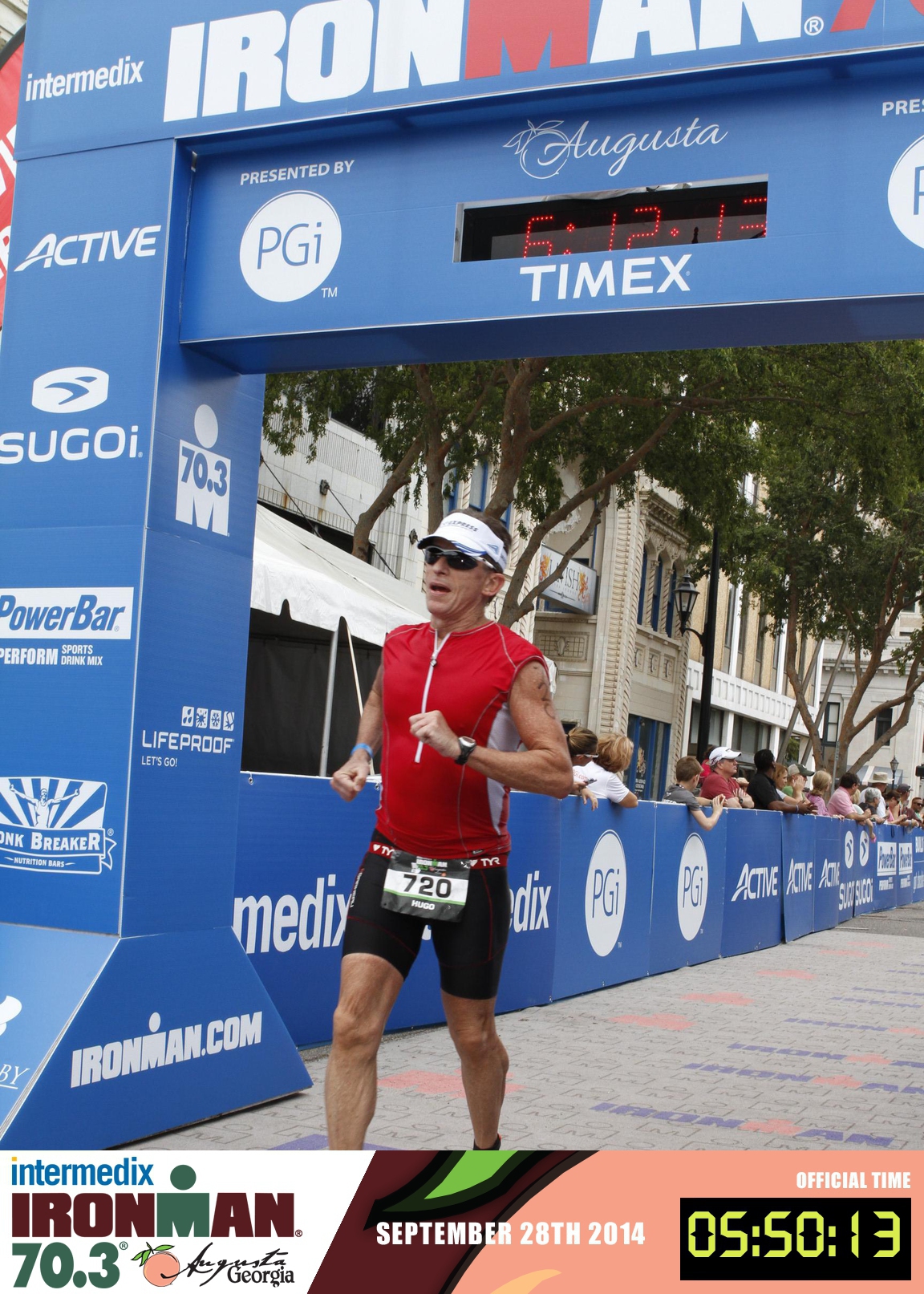 Hugo Radelat joined Runner’s Depot in April, 2010. He has worked in our Coral Springs store before transferring to our new Weston store. Hugo has been a runner for the past 38 years competing in distances from 5K’s to marathons, and a triathlete for 21 years competing in sprint triathlons to half ironman’s receiving numerous age group awards. He and his wife Margie have been married for 34 years. They have two sons, both live and work in Orlando.

I was born and raised in southern Utah and moved down to Florida in the fall of 2013 for college. In high school I was All-State in cross country and state finalist in track & field. After high school I attended Nova Southeastern University, pursing a bachelors in marine biology, and participated in cross country and track & field as a scholarship athlete. My collegiate career was highlighted by All-Region honors and participating at NCAA nationals. 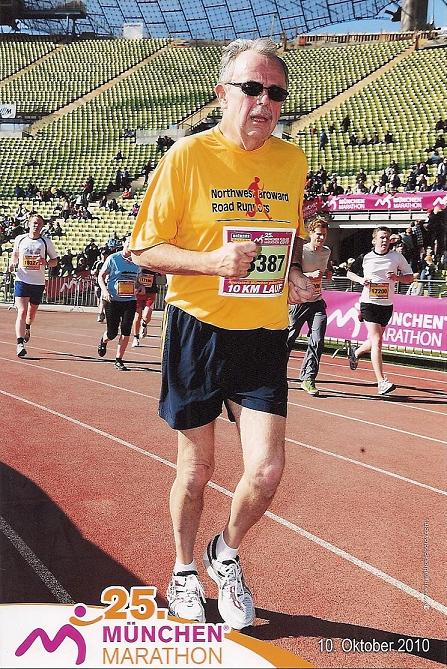 Bob Gillan has been with Runner’s Depot since January 2013 working in our Coral Springs location.  He started running High School Cross Country in 1967 and has been a dedicated runner since.  In his nearly 48 years of running he’s competed in all distances from 5K’s, 10K’s, half-marathon’s, marathons and ultra distance relays in the US and Europe.  Bob a 1987 NYC Marathon finisher also completed the ‘2012 Hood to Coast Relay’.  An active member of the Northwest Broward Road Runners Club, Bob still receives an occasional age group award.  As a Coral Springs resident for the past 20 years Bob can regularly be seen logging miles on the streets of Coral Springs and Parkland. 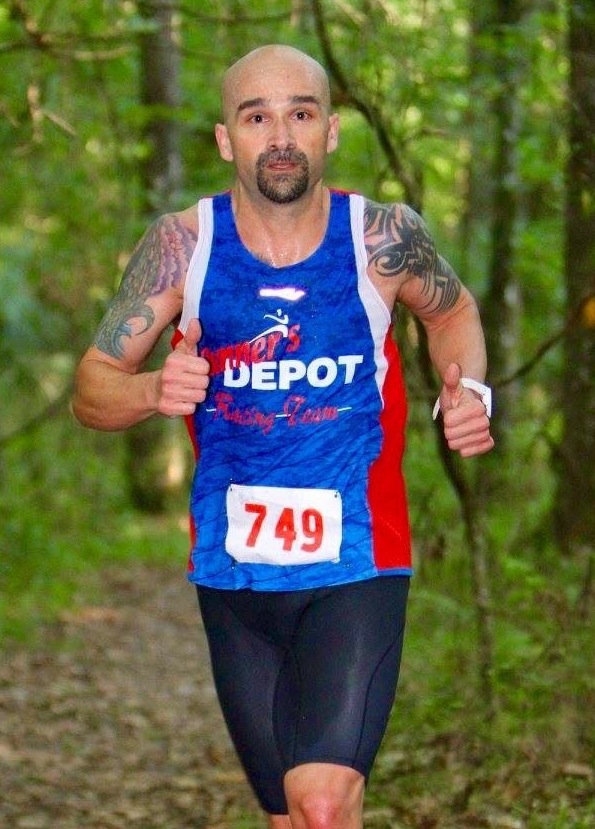 Mike enoys running ultra marathons and long runs in general. He has completed 19 marathons and a handful of ultra marathons. He has run many sub 3-hour marathons including one over the age of 40. His love for running is only equalled by his love of helping others. Under his tutelage, he has helped countless runners reach their goals. He always says giving back is the least he can do for the running community. It was his and Reneé’s brainchild for the 12 Miles of Christmas Run which is held on Christmas Eve morning. This free run benefits very sick children – all runners bring an unwrapped toy which is donated to Joe DiMaggio Children’s Hospital.

My name is Ron Gregory and I’ve been employed by Runner’s Depot for 6 1/2 years. Prior to that, I worked and coached at American Heritage School in Plantation; boys soccer and girls golf resulting in three state championships.  Prior to that I was a Plantation police officer. I’m originally from Indiana and graduated from Indiana State  where I played baseball. I really enjoy my job at Runner’s Depot, particularly fitting people to the proper shoes. If you’re a runner or walker and haven’t been fit and need the proper shoes, come in and see me and I’ll make your run or walk more enjoyable. 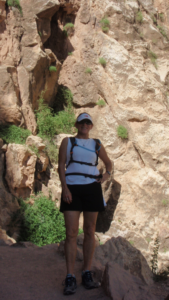 Patti DellaPace is a native Floridian who started running  in Arkansas while in college.
Since then, she has enjoyed outdoor activities which include swimming, boogie boarding, hiking and mountain biking. She has been working at Runner’s Depot since October 2014.
Patti retired from teaching and loves to sew and cook. She is a new grandmother with another grand baby on the way. 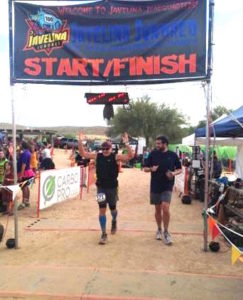 Frank DellaPace is currently teaching and works part-time at Runner’s Depot (for nearly 4 years).
Frank was born and raised in New York and has been in South Florida since 1980. He thoroughly enjoys running and especially loves trail running.
If not running, Frank enjoys talking about it and listening to people who love to run. Frank, ( like Patti) enjoys the beach and mountain biking as well. A very happy Grand dad who is looking forward to another grand baby  this fall.

Originally from Brooklyn New York , my husband and I moved to Florida in 1987 to open an automotive repair business . I started running 25 years ago to get in shape after having  2 children (now 30 and 26). Eventually I got into triathlon and have completed 4 Ironman distance races , 12 half iron and many other distance events. I have done 12 marathons including 4  Boston marathons. I had just crossed the finish line when the bombs exploded in 2013. I was hit by a car on my bike in 2006 and suffered a broken neck and back and lots of other injuries.  Celebrating 10 years since that day, I am thankful to be able to participate in the sports that I love and very thankful to have a job doing what I love to do, talk about running, and helping encourage people to start or maintain a healthy lifestyle .

I started working at Runner’s Depot in 2018. After running  the Miami Half Marathon and the Flanigan’s Rockin’ Rib Run 10K, my passion for this sport came back  to me.  I finished many races  in Cuba  when  I was younger, now I have the opportunity to be a team member  of this great family staff at Runner’s Depot, I really enjoy helping  others to reach their goals and maintain a healthy and great lifestyle. 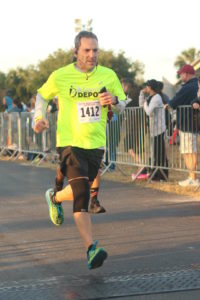 I’m new to the Florida area being born and raised in the NJ/NY metro area.  I have been running most of my life starting competitively in high school.  I was named captain of my track team where I ran shorter distances like the 400, 800, the mile and 4×400 relay.   Later on I concentrated on distance running but just for fun, fitness and mental therapy.  One day a running friend challenged me so I started racing in everything from 5ks to Half Marathons.  My main race is the Half Marathon and have a 1:44 PR which was in the Runners World Half in Bethlehem, PA.

I am passionate about running and love talking about everything running including shoes, clothes and tech gear.  I remember back in the day when I ran without music.  When the first MP3 players came out I bought one for an astronomical price which held only 20 songs! I’m not crazy of the new fads such as mudder races, color runs and all kinds of obstacle course races.  I say just give me a pair of shorts and sneakers and let me loose!

Marina Hanssen was born in Buenos Aires, Argentina, and moved to Florida in 2002. She started working at Runner’s Depot in 2017, and works in our Aventura store.

Marina started running at Cypress Bay High School where she competed in both cross country and track & field. After graduating high school, she stopped running until she was introduced by some friends to the We Run Weston Run Club in 2013. In 2016, Marina started running with Friends in Training. Since then, she has become an assistant coach for the Friends in Training team, and also became a part of their racing team in 2017. In 2017, Marina ran her first marathon at the Chicago Marathon. In all, she has completed twelve half marathons and two marathons. She has also participated in four Wings for Life World Runs, and continues to run in many local races at various distances.

Joe Mason joined Runner’s Depot in 2017. With a background in coaching athletes, he seeks to assist fellow runners in their pursuit of their individual goals.

Prior to Runner’s Depot, Joe served as a graduate assistant coach for the Cameron University cross country program in Lawton, Oklahoma. He immediately transitioned into coaching as a student volunteer assistant coach after competing in both cross country and track & field while at North Central University in Minneapolis, MN.  As a student athlete, he also received recognition as a Scholar Athlete. After graduation, Joe became the head cross country coach at Bloomington Christian High School in Bloomington, CA. While at BCHS, he also started the school’s first track team. Joe continues to be an avid runner himself, and enjoys traveling to participate in running events.